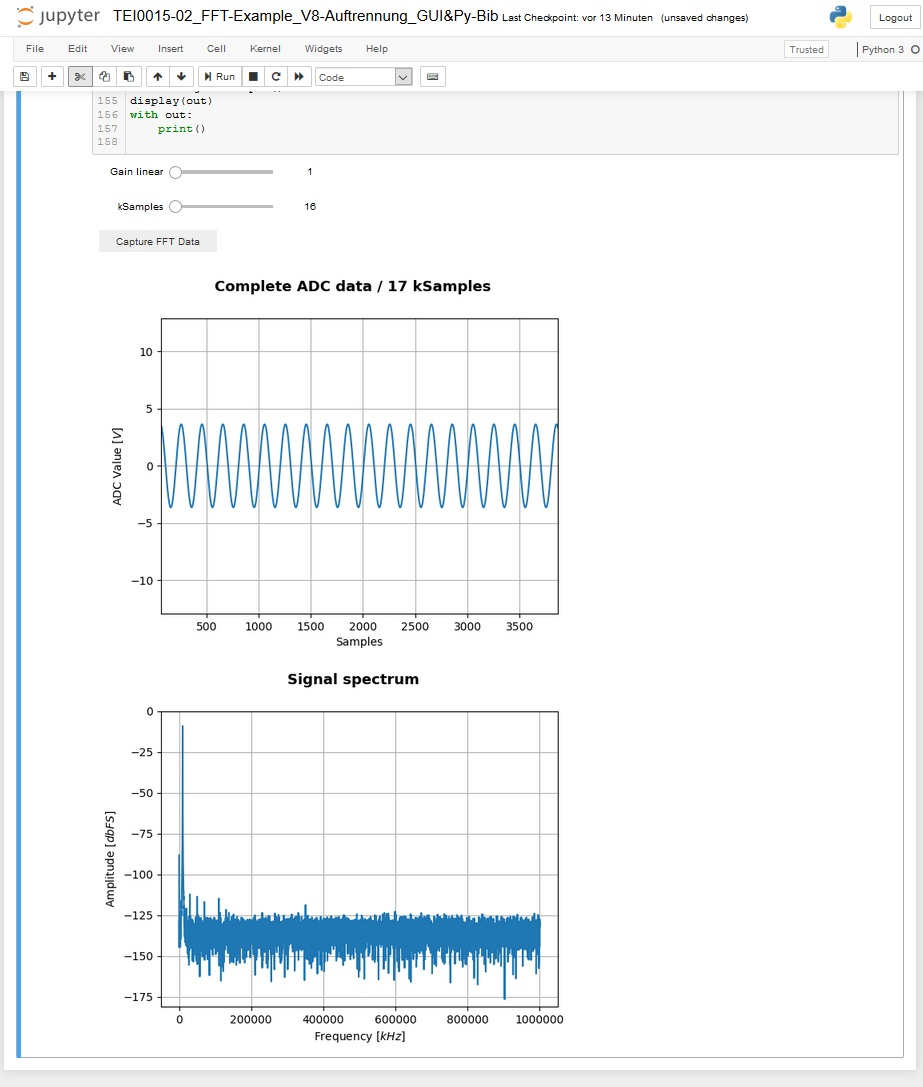 This demo works with the modules TEI0015 and TEI0016. In this example the ADC of the module measures one million samples
and stores them inside its SD-RAM. The data is collected, converted and shown as graph plot, showing its value and
time behaviour and for the second graph a Fourier transformation is performed, showing the Frequency spectrum.

The user can adjust the pre-amplification and length of the data to be processed.

In this demo the general approach on how to communicate with the module and perform high speed measurements with
the ADC are shown.

To communicate with the module, a serial comport port with a speed set to 115200 bits needs to be opened.
Commands consists of a single  character in UTF-8 encoding.
It is good practice to communication with the module following these steps: