This demo provides an example on how to use the communication interface provided in the modules firmware
to setup the pre-amplification and trigger an ADC measurement. This measurement is converted to show
its value over time, and Fourier transformed, showing its frequency spectrum. 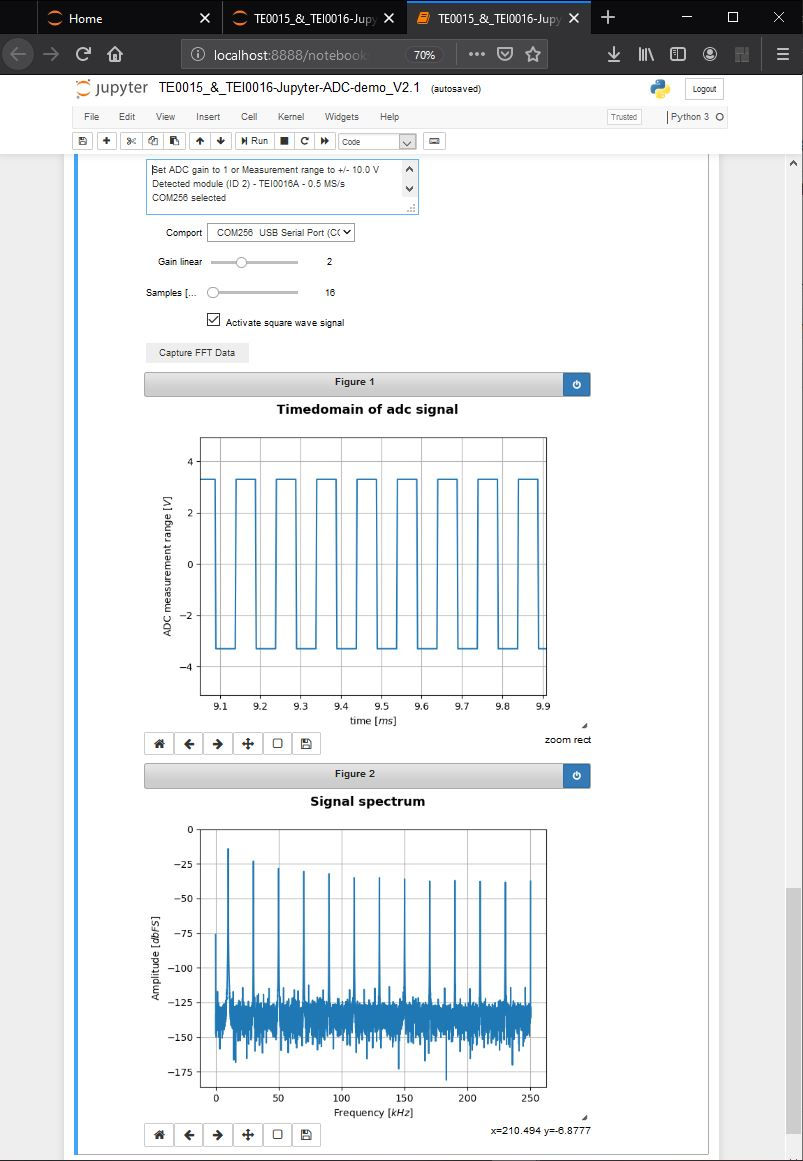 The download  of the demo contains the demo in a separate folder and the FPGA Design file.
The demo consist of two files, one is the notebook which contains the GUI and the other is a code module,
containing the functional part of the demo. These files must be in the same folder when running the demo.
The modules ADC is controlled via the Intel Max 10 FPGA. In shipment condition, the FPGA is programmed with
the necessary FPGA Design to run this demo.

This demo is designed with the focus of capturing signals. Therefore the module works like a storage
oscilloscope. After a trigger event, the module saves 1 million samples of ADC measurement in its SDRAM.

The demo scans for existing comports in its initialisation phase. So the module needs to be connected
to the computer prior to running the demo.

When this demo runs, it displays a graphical user interface, setup the comport, the demo automatically selects
the module. After this, the demo and the module can communicate.

Now supply a signal to the inputs.

An other option is to use the modules square wave signal output. Connect the digital outputs D5 and D6 to
the inputs as you like and activate the signal through the checkbox.
Be careful, do not shorten the outputs D5 or D6 to ground.

To communicate with the module, a serial comport port with a speed set to 115200 bits needs to be opened.
Commands consists of a single character in UTF-8 encoding.
It is good practice to communication with the module following these steps: