Although the card is working with no FMC LA pin driven, configuring the FMC host for operation with TEF0008 control signals is advised. The specification of the signals is found in the description of the Firmware.

The TEF0008 MAX10 system controller is preprogrammed with a Firmware. The preconfigured clock frequencies are given in Table 1 of the TRM.

Programming and testing is also possible with a LPC FMC host. Albeit due to the restrictions of the LPC connector only the first SFP can be used and the (currently unused) clock input from the host (CLK2) is not available.

The FMC card violates the standard in region 2, where the quad SFP cage resides. Check carfully if your carrier is compatible with the physical dimension of the TEF0008 FMC. 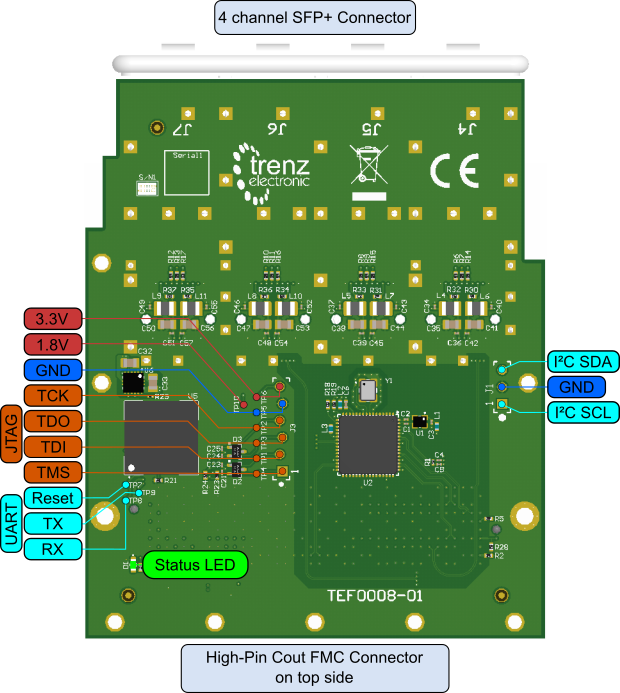 JTAG is available on the FMC connector, via the optional pin header J3, or testpoints.

UART is available via testpoints.

The functionality of the status LED is system controller software dependent, and described in the Firmware. The original shiped firmware sets the status LED on if at least on SFP is connected.